Camping. Camping is something that I had pretty much committed to never experiencing, since I am firmly opposed to sleeping on the ground/in the dirt. So when Kampgrounds of America (KOA) approached me about a hosted glamping trip, I was naturally a little nervous about the prospect, as I had no idea what to expect. I had heard of glamping, but that concept can cover wide ground. But when I arrived to the Ventura Ranch KOA Campground in Ventura County, California, I was super surprised at the luxe nature of the deluxe cabin that got to experience. Though it was just a weekend retreat, by the beginning of my second day, I was already wishing I had more time. Here’s my take on glamping in Southern California, and why I would definitely do it again.

This is a sponsored trip but the opinions expressed are all my own.

What is Glamping Versus Camping? 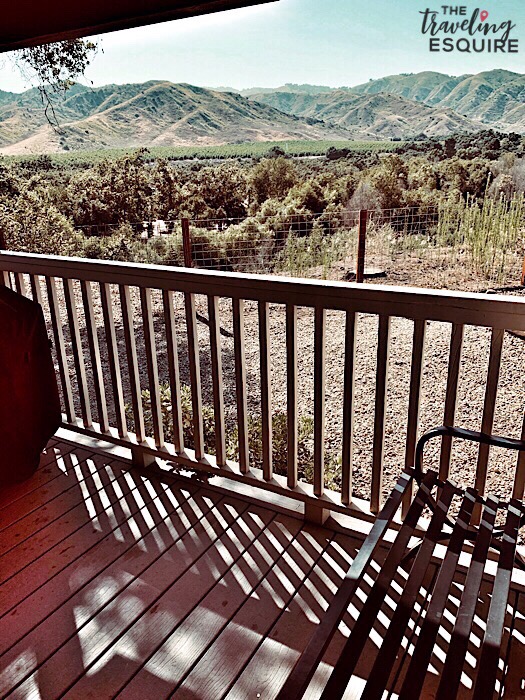 So, as I mentioned, my trip with KOA was glamping, not just straight camping. Glamping, or “glamorous camping” can run the gamut of different options. Typically there are amenities, including not sleeping in the dirt and having included restrooms, but the accommodations can vary. They can range from luxury tents with queen beds to yurts with electricity to fully functional cabins or RVs. You get the option to be in nature while still having many of the amenities of a hotel.

In my instance at Ventura Ranch KOA, I can honestly say that my deluxe cabin, which was like a tiny house, was nicer than most hotel rooms I’ve stayed in. There, I said it.

Out of the Ashes: Ventura Ranch KOA Rebuilds After the 2017 Fire 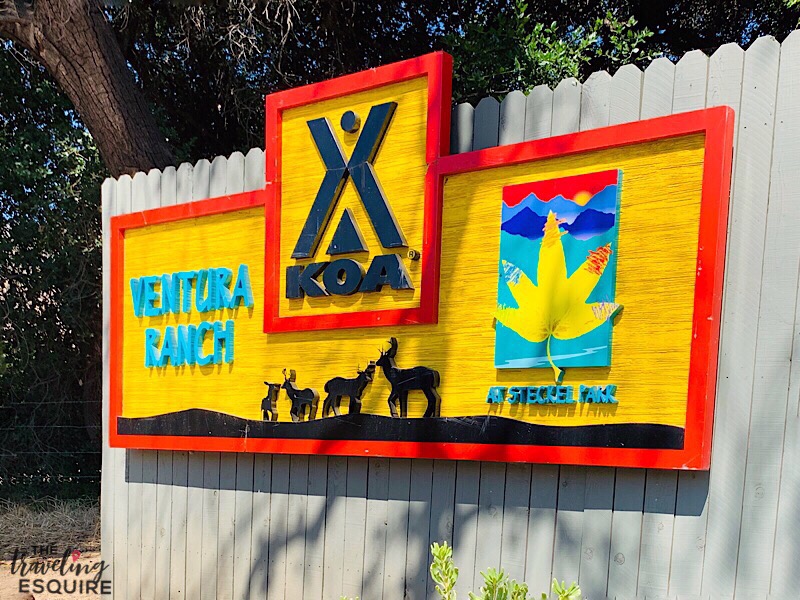 I wanted my glamping experience to be a staycation type of getaway, so the Ventura Ranch KOA was absolutely perfect. Located only about an hour from the northern areas of Los Angeles, and close to wine country in Ventura County, I would have never realized that this site existed before diving into this trip. And, quite frankly, it almost didn’t exist.

In 2017, the Thomas Fire, which hit areas of Ventura County, ravaged this area of Southern California. When you live here and temperatures rise, wildfires are always a possibility. But in December of 2017, this fire was unprecedented and destroyed many inhabited areas of Ventura and Los Angeles County.

Ventura Ranch KOA was no exception. The fire started above the campground and spread quickly, and had engulfed much of the campground in just 10 minutes. Everyone was safely evacuated, but all of the 20 buildings on the 46-acre property, including all of the deluxe cabins, were either severely damaged or destroyed.

While the campground has reopened, the main office/store is still being rebuilt. The cabins look more beautiful than ever, but you can still see signs of where the fire ran through the area. 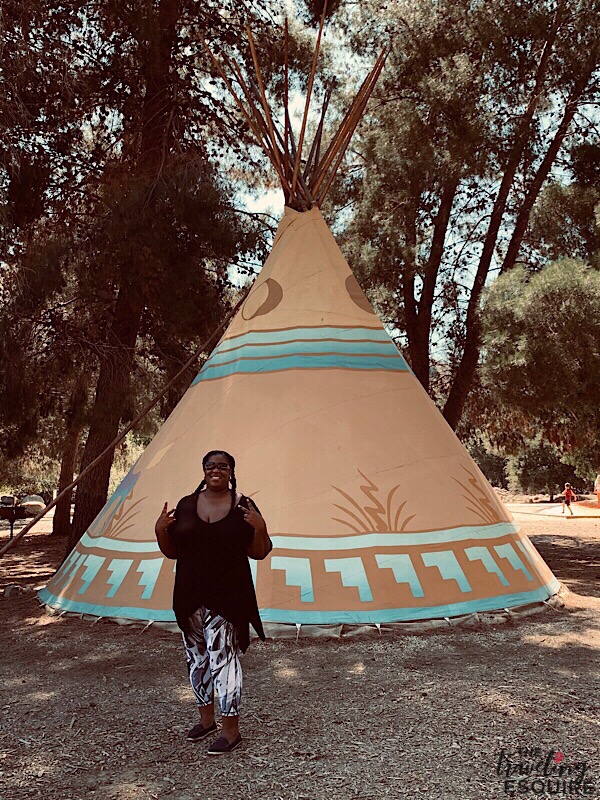 But Ventura Ranch KOA is more than just a glamping site. They accommodate all levels of camping experiences. They have tent sites where you can pitch you own tents; teepees that are fashioned from actual Native America teepees in construction, RV sites, deluxe cabins, and even “penthouse” type cabins up on a hill. Oh, and don’t forget the 40 or so peacocks that reside on the property as well. There is literally something for every type of camper who wants to experience nature. 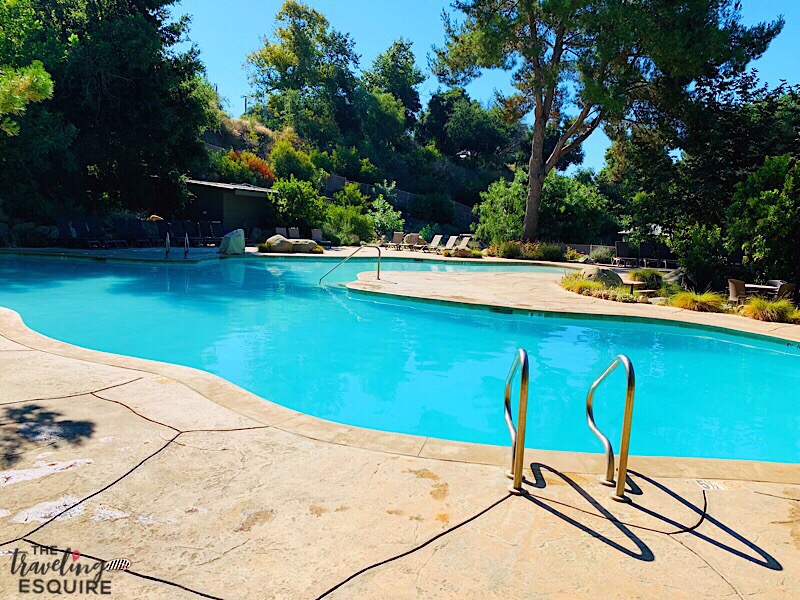 This includes the resort style pool! I was shocked to see a pool that rivals some hotel pools I’ve seen. They also have a jungle gym, a bouncy area for kids, and once it is reconstructed due to the fire, a zip line. It’s actually the perfect place for any type of traveler, where you are traveling solo, on a friends trip, as a couple, or with your family and kids.

My First Glamping Experience with Kampgrounds of America 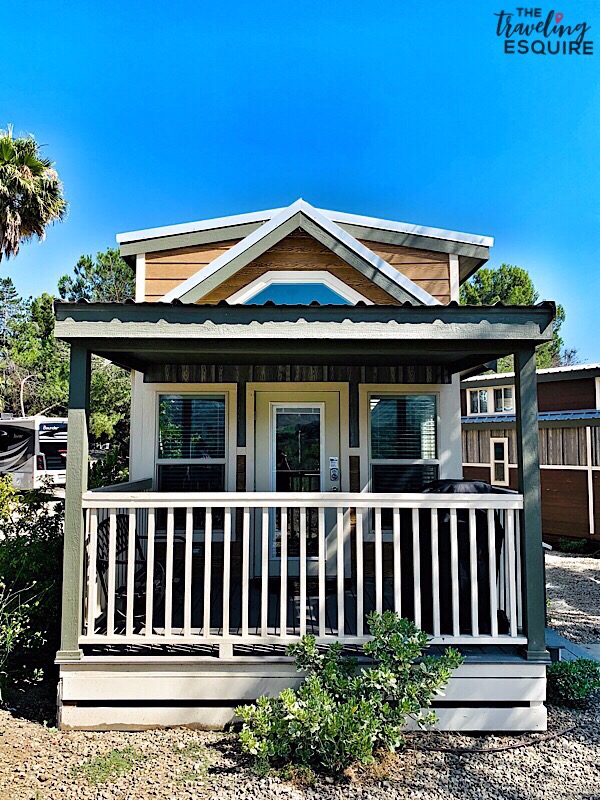 When I pulled up to the site, I didn’t quite know what to expect. I knew there was a makeshift check in camper because the main structure and store had been destroyed in the fire. To my pleasant surprise, the deluxe cabins started right at the entrance of the camp, and I didn’t have to go far. 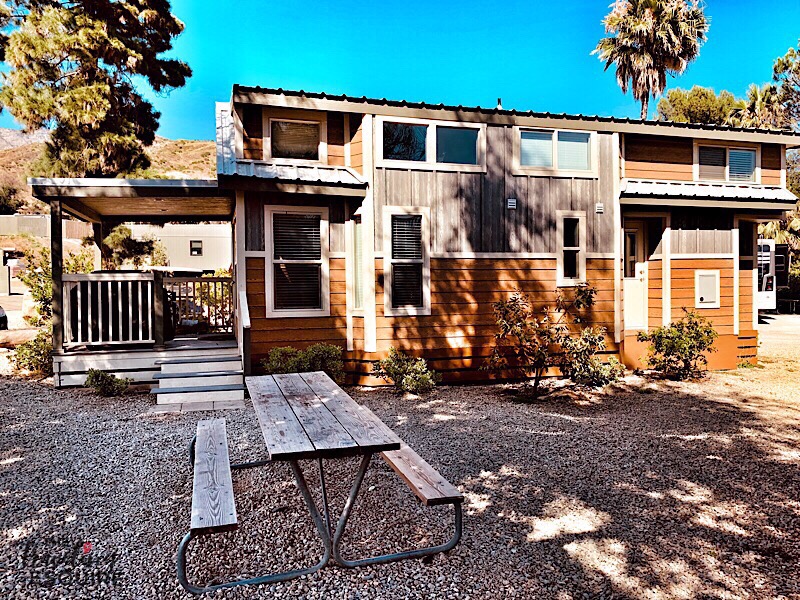 When I pulled up, I was shocked. This looked like the cutest little tiny house, except it really wasn’t so tiny. In reminded me of a brownstone in that it was narrow and skinny and tall. 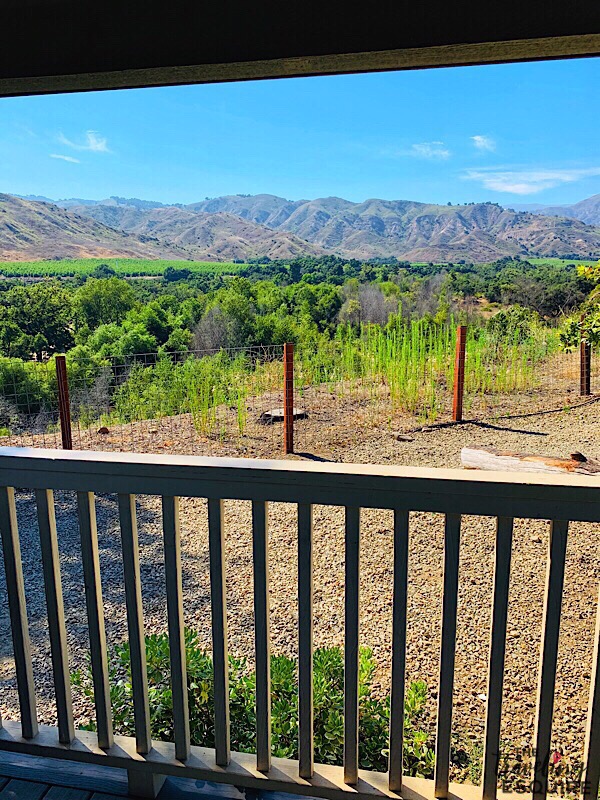 As I walked up, the first thing you notice (after the fact that is really is like a tiny house) is the view from the porch. Overlooking the fruit groves and river, I had a panoramic view of the mountains and landscaping. It was absolutely breathtaking. 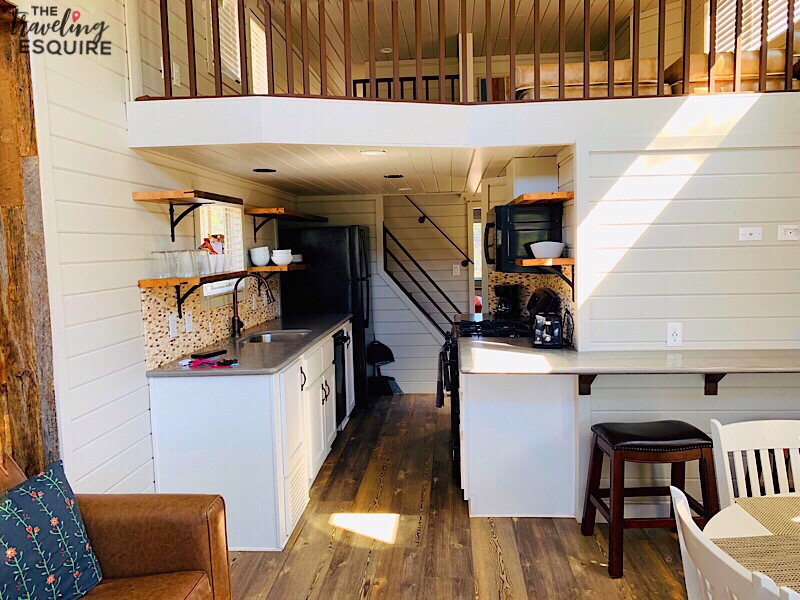 The door is actually a combination lock, which is great for people like me who lose keycards like it’s our job. As you walk in, I was immediately struck by how spacious the place is. 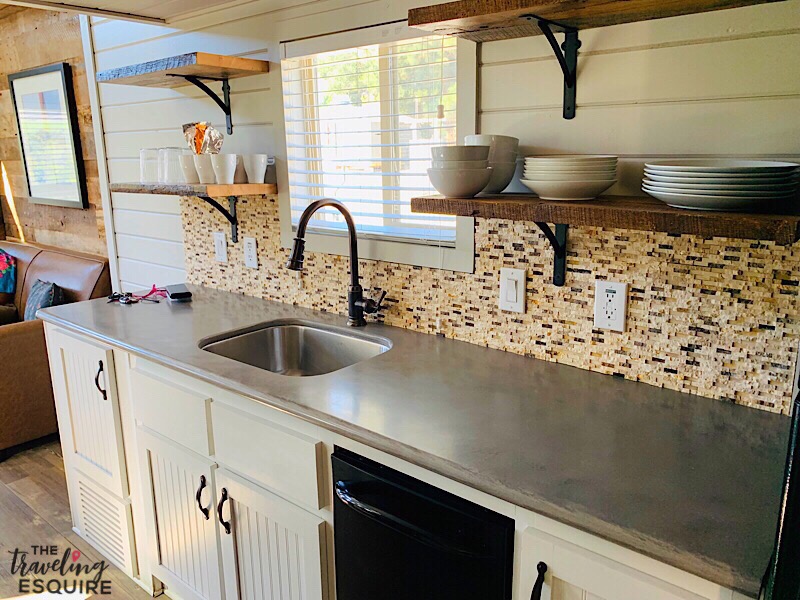 This thing was huge! Nothing was jammed in and it was super spacious! By the door is a living room sitting area and a dining area with a table for four with huge windows to take advantage of the natural light. Then, there is actually a counter with bar stools before you move into the full kitchen. That’s right, this deluxe “cabin” (which I think is more like a big tiny house) had a full-sized refrigerator, an oven and gas stove, stainless steel sink, coffee maker, appliances, and granite countertops. Like I said, nicer than most hotels. Check out a video walkthrough I did of the deluxe cabin here! 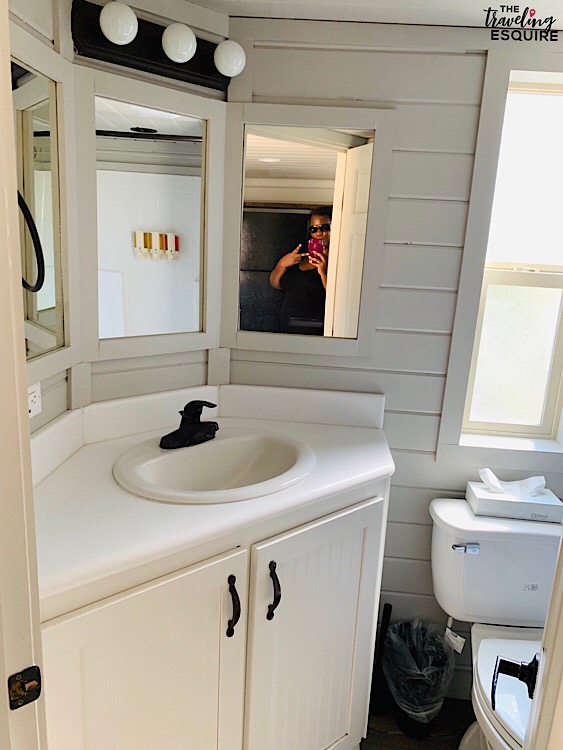 There was a full bathroom just off the kitchen with a standing shower (some bigger units have tubs as well), and then in the back of the tiny house you have a bedroom with a queen sized bed and room to spare! My expectations were absolutely exceeded by the space in the whole place. 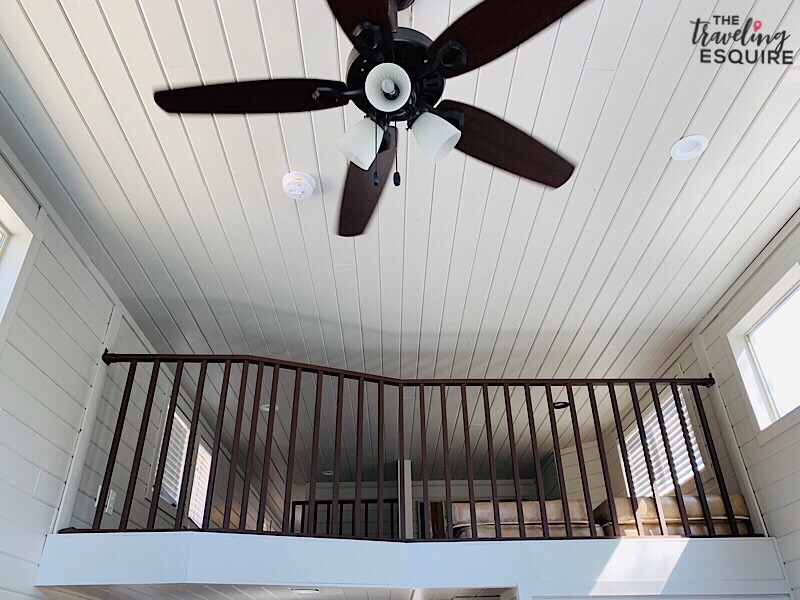 But there’s more: Upstairs was a loft-ish area with extra mattresses to set up for kids on one side of the stairwell and a game area on the other side. You couldn’t stand up if you are a grown adult but it was the perfect height for kids to play and hang out. 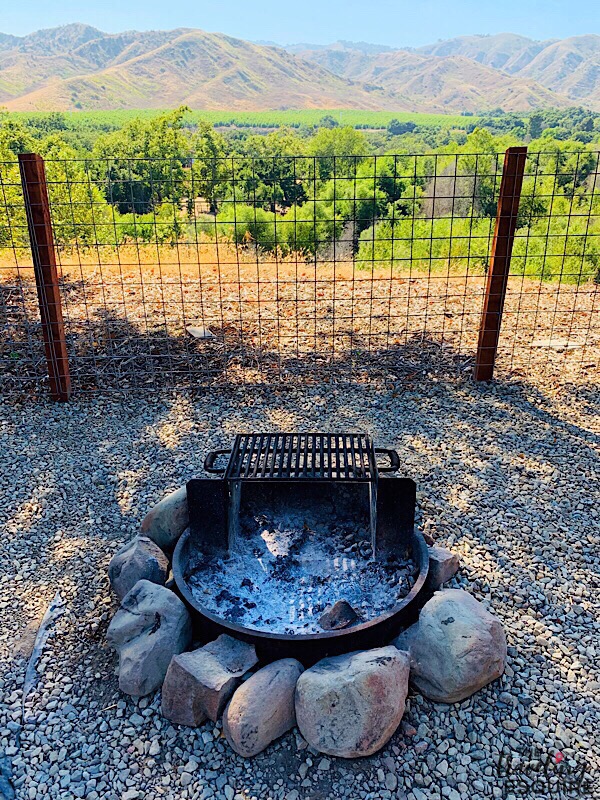 In addition to the full kitchen, there was also a fire pit area for you to make s’mores and a full sized Weber grill on the patio for grilling. It literally had everything you need to make your glamping experience complete.

A Much Needed Weekend Retreat 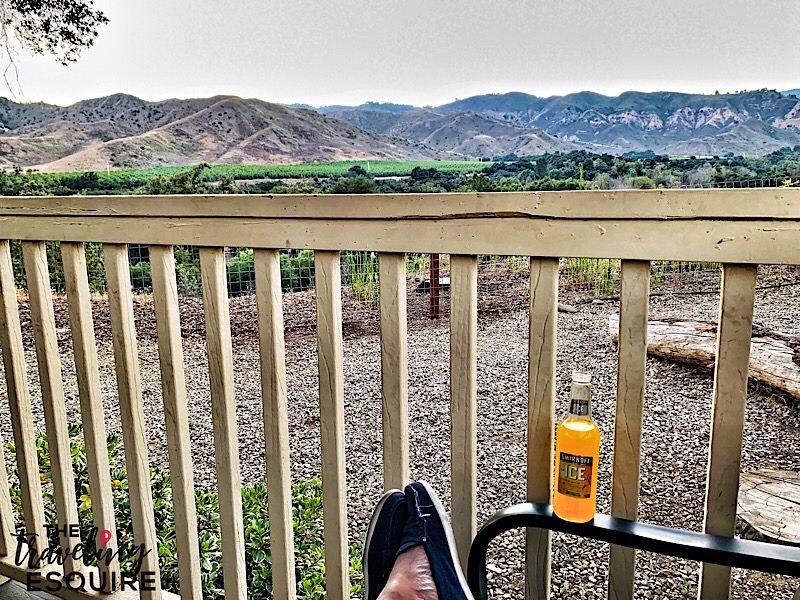 Originally, I was supposed to go glamping as a “girl trip” with another friend. But schedules got changed and life happened so things changed up a bit. One of my friends who is in the area came along and hung out at the cabin, but I actually ended up staying there by myself. 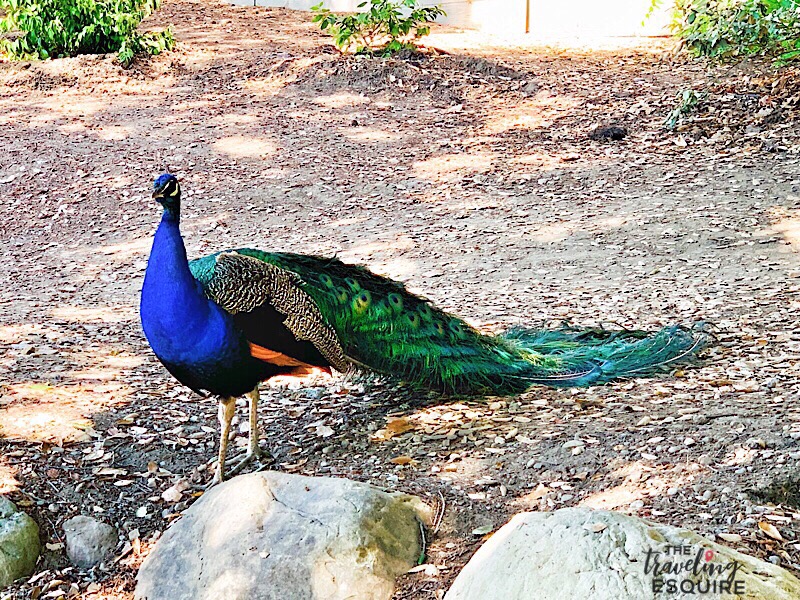 So in case you don’t know me and didn’t read the first part of this post, I don’t camp. So being in nature, by myself, had me a little nervous initially, I cannot even lie. But once I was there, on the site, my nerves were quickly calmed and I realized it was really one of the most peaceful experiences I have had in a while. My first evening there, we sat on the patio and just took in the sunset. 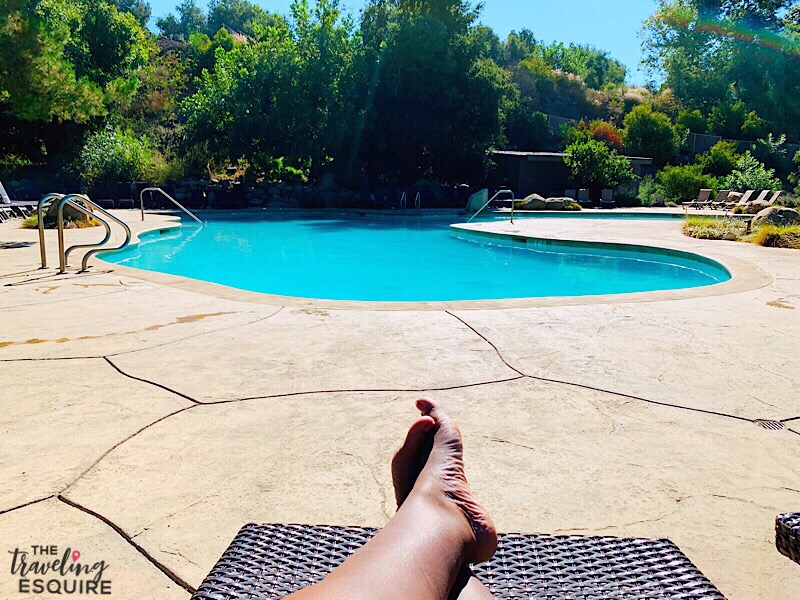 The next morning, by myself, it was the perfect time to get up and reflect. I went out on the patio and just sat, in silence. Listened to nature and the river running below. Took some time to reflect on my life and just be grateful for the moment. I can definitely say that I appreciate the calming effect that being in nature, with that view and the peace and quiet, afforded me. The running water below was the perfect backdrop for relaxation and contemplation. As I went inside as people started to get outside and starting making lunch, I felt more centered, more relaxed. The same occurred on my last morning, sitting by the pool with no one else around. Even though I was surrounding by trees and woods, which I am not totally comfortable in, I felt a sense of peace. This is one of the reasons why I love solo travel: the time to think, by myself. 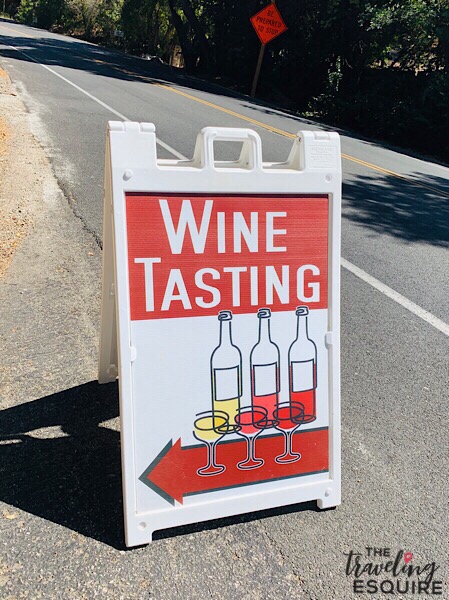 The Ventura Ranch KOA campgrounds were absolutely lovely, but I would have been remiss if I didn’t take the opportunity to also explore the area. Because, wine country. One of the biggest benefits to glamping in Southern California, after all.

The campgrounds were only about 20-to-30 minutes away from Ojai, a wine tasting region in the area. I had already explored some of the wine regions in Ventura County, including Santa Barbara and Solvang, so I was happy to be able to experience Ojai, which was new to me. 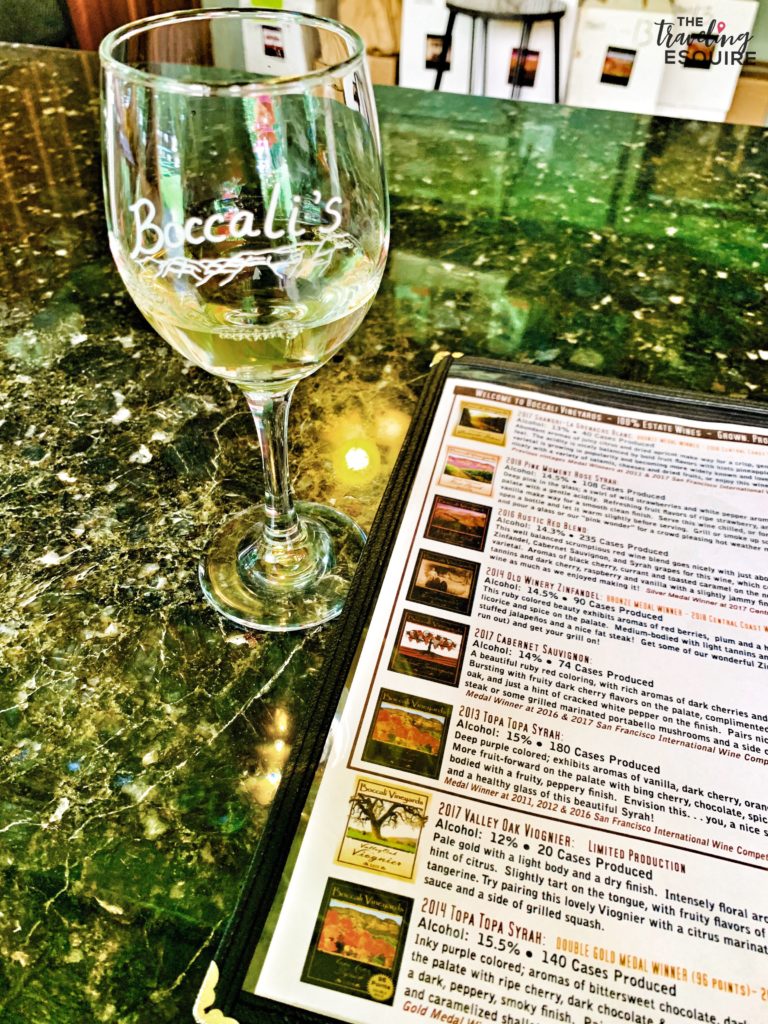 If you love red wines, Ojai is definitely a region for you to enjoy. They aren’t super my thing, but I still found some wines to enjoy, including some really nice rose’ wines. But if you are a full bodied red fiend, this is the spot for you. So many of the wineries had amazing red varietals (some even I liked) but the sweet and lighter whites are harder to come by. Nonetheless, I was happy that I explored Ojai a bit, which is a super cute little hippy-esque town. 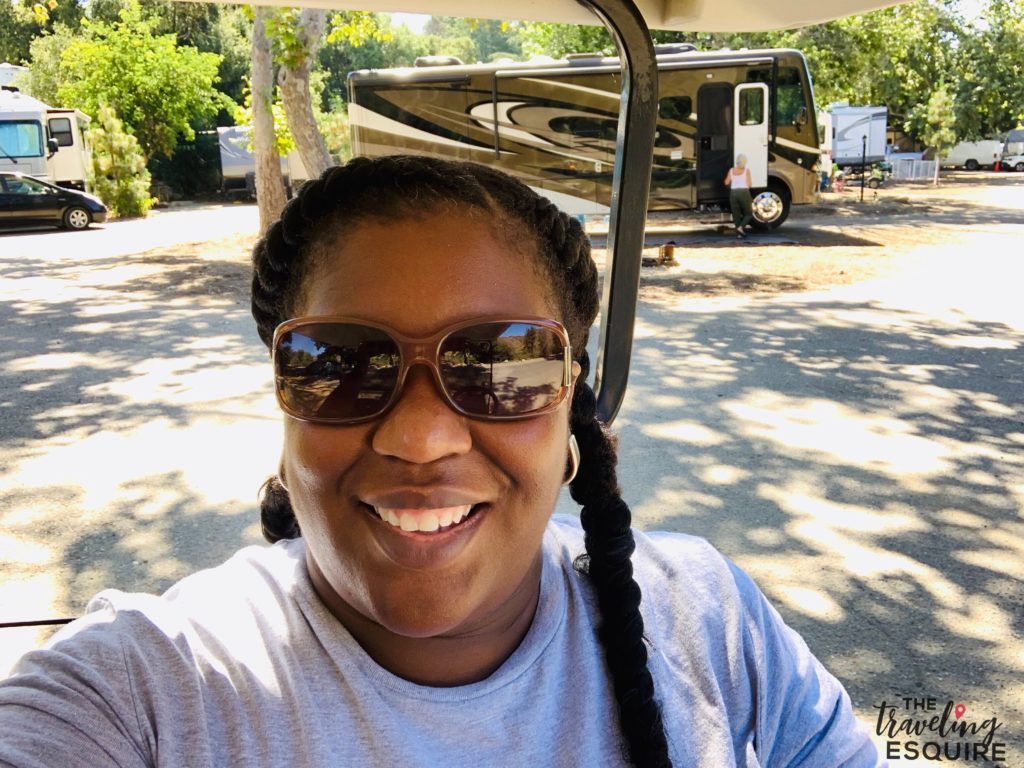 All in all, I would say that my first “glamping” trip was a success. While I still can’t set a proper fire even WITH fire, I really enjoyed my time at the Ventura Ranch KOA. In fact, I wish I had a couple of extra nights there. In fact, if I didn’t have so much stuff, I could actually see myself staying in the space for a while, especially a 2-bedroom so I could have an office. It’s definitely the perfect campground for any type of camper or glamper. With activities for kids and families and a range of more traditional camping experiences to RVs all the way to glamping cabins, this is actually one of the more memorable domestic (well actually any trip) that I have been on in recent years. I highly recommend glamping with Kampgrounds of America, specifically at Ventura Ranch KOA, and I am already planning my return solo relaxation trip back to my deluxe cabin.

Thank you to Kampgrounds of America for the hosted glamping trip. Though this was a hosted trip, all opinions are my own.

Well, the time has come and today is the day. I am

I had no intention of going viral. Not in that wa

"How lucky are you feeling today?" 🏎🏎vroom v